England’s ‘other XI’ from 1966 would forever be overshadowed by those who played in the final and have to wait 43 years to collect their medals. But nine of the players who missed out on playing in the final could console themselves that they made at least one World Cup appearance in 1962, 1966 or 1970. One of the exceptions was Liverpool’s Gerry Byrne, who was only capped twice. But for Arsenal’s George Eastham it would be a double blow, as he was part of the squad in both 1962 and 1966 without getting a game.

Ultimately the timing was not in his favour as his 19 caps fell between the two competitions. His spell watching from the sidelines in Chile in 1962 came almost a year before his first appearance, while he was rewarded for scoring against Denmark a week before the 1966 tournament began by never being picked for another international. His 30th birthday was approaching and he would leave the international scene, his career remembered more for successfully fighting a legal battle that paved the way for players to enjoy greater freedom to move between clubs than his exploits for his country.

The introduction of substitutes increased the opportunities for members of England’s 1970 squad to enjoy game time during the World Cup in Mexico, with 19 of the 22 players appearing at some stage. Third choice goalkeeper Alex Stepney and 1966 winner Nobby Stiles were unused, as was Liverpool defender Emlyn Hughes. Terry Cooper was selected at left back for each game, meaning Hughes – the youngest player in the squad at 22 – never got his chance. But it looked a certainty he would in the years that followed as he became a regular player – including a spell as captain – only for England to miss out on the 1974 and 1978 finals. 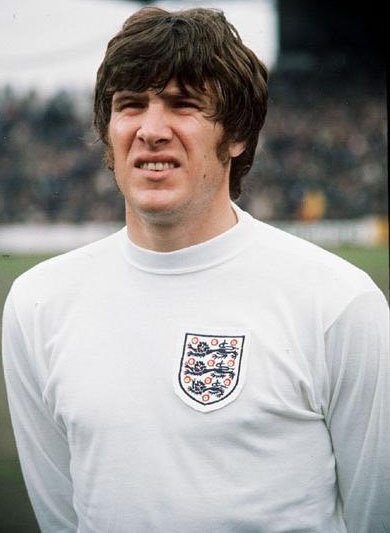 His last involvement at international level was the 1980 European Championship, where he was the sole survivor from the 1970 squad. But he would be left feeling deja vu as he again didn’t get a game. Despite winning 62 caps and appearing in three different decades, Hughes would have the misfortune to be at his most prominent when England entered the international wilderness. As with our next entrant, he would though have the consolation of winning multiple trophies with Liverpool during his career.

Peter Shilton would play in goal in all 17 England World Cup matches from 1982 to 1990, as his rivals for the position missed out on making an appearance. Chris Woods was second choice in both 1986 and 1990, with Bobby Robson preferring to give Shilton a final cap during the third place play-off in Italia ’90 rather than selecting Woods. But an even more significant England goalkeeping bridesmaid was Ray Clemence, a leading figure for so long with Liverpool and Tottenham Hotspur as well as the national team. He was one of many players who would rue England’s World Cup absence in 1974 and 1978. Ron Greenwood would then for some time controversially get Clemence and Shilton to share duties, with both men making appearances in the 1980 European Championship and during qualifying for the 1982 World Cup.

But come the World Cup in Spain it was finally time for Greenwood to go for an outright number one and it was Shilton who got the nod. Clemence – along with a strong third choice goalkeeper in Joe Corrigam – sat out all five matches, his best chance of an appearance in the dead rubber against Kuwait being denied as Shilton persuaded Greenwood to focus on continuity by keeping him in goal rather than letting his room-mate have a game.

It was to be realistically Clemence’s last chance to appear at a World Cup and he left the international stage after playing just twice under Bobby Robson, his 61 caps regretfully not including any at a World Cup finals.

England qualified for four major tournaments in the 1980s and played 16 matches in those competitions. Viv Anderson was a part of all four squads but played in just one of the games, against Spain in the 1980 European Championship when England’s hopes of glory were already over. It perhaps summed up an England career in which Anderson was a dedicated squad member but he could not secure the regular right back slot. The Nottingham Forest defender won major silverware at club level but was unfortunate to face heavy competition for his England place. In the 1982 World Cup both Mick Mills (who held the captain’s armband) and Phil Neal were also seeking the right back berth and Anderson was the man never to get a game, as four years after his historic debut he missed out on becoming the first black player to make an appearance for England at a World Cup.

But time was seemingly on his side and, with Mills and Neal off the scene, the stage seemed set for Anderson to be the regular right back in 1986. However, he was usurped by Everton’s Gary Stevens and Anderson was left with only words of consolation from Bobby Robson as he returned to Arsenal following another fruitless World Cup adventure. “What a credit Viv is to football. That is his second World Cup without making an appearance and it upset me that we didn’t give him a game,” wrote Robson in his World Cup Diary.

But to rub salt into the wounds Anderson would be unused again during Euro ’88, not even getting a game in the dead rubber against the Soviet Union after Stevens had taken criticism during the defeat by the Netherlands. It marked the end of the international journey for Anderson – one in which he could feel pride at having represented his country for 10 years, but disappointment that he was so often overlooked for a place in the side and restricted to 30 caps.

During the mid-1980s Anderson and Martin Keown briefly played together for Arsenal and they would subsequently have something else in common – the disappointment of going to successive World Cups without playing. Keown, who was born six days before England won the World Cup in 1966, was capped 43 times by his country from 1992 to 2002 but his international career was tinged with personal disappointments. He played as England flopped at the European Championships of 1992 and 2000 but was not involved during the more memorable campaign of 1996 on home soil; he did not feature in England’s famous World Cup qualifiers away to Italy in 1997 and Germany in 2001; and in both 1998 and 2002 he went to the World Cup without getting on the field. 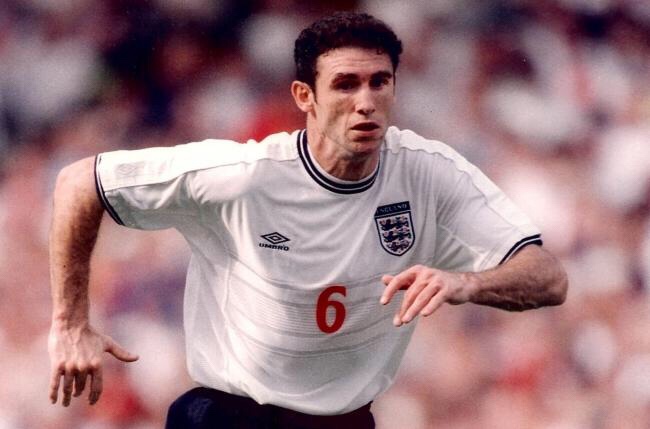 On each occasion he made the squad after helping Arsenal win the double, but in 1998 he could not force his way into Glenn Hoddle’s defence ahead of the likes of Tony Adams and Sol Campbell. Hoddle would reveal in his World Cup Diary that he would have planned to deploy Keown against the Netherlands in the quarter-finals to contend with the threat of Marc Overmars. Not that this would be much consolation to Keown, given England went out in the previous round.

Four years later the central defensive partnership between Campbell and Rio Ferdinand became so well established under Sven-Goran Eriksson that Keown (who suffered a broken leg in the months leading up to the tournament but made the squad), Wes Brown and Gareth Southgate all never played during the finals. Approaching his 36th birthday, Keown’s last opportunity had passed and he would never be capped by England again.

Few England call-ups have been as controversial as that of 17-year-old Theo Walcott for the 2006 World Cup. Picked as the fourth England forward at the expense of more established names such as Jermain Defoe, Walcott had yet to make a first-team appearance for Arsenal since moving from Southampton in January. His place in the squad surprised many, not least the senior players. “He had no right to be in Germany, none at all. I was gobsmacked to find him on the plane,” wrote Steven Gerrard in his autobiography. Sven-Goran Eriksson had shown boldness in picking Walcott in the squad but then reverted to his more conservative nature by keeping the youngster on the bench throughout – most notably in the final group game against Sweden, despite Michael Owen going off injured and with a place in the next round already secured.

But even though he did not play, the general hope was that being part of the experience would benefit Walcott in a way Brazil’s Ronaldo had gained from going to the 1994 World Cup at a similar age. Eriksson certainly thought so. “For the next World Cup they should send me flowers and say thank you,” he declared in 2007. After Walcott famously scored a hat-trick in a qualifier against Croatia in September 2008 it looked like Eriksson might well be right, but come the 2010 finals Walcott wasn’t there after he failed to make the cut under Fabio Capello.

It summed up a stop-start England career that has not delivered quite as hoped. Although he played and scored during Euro 2012, injury ended Walcott’s hopes of going to the 2014 World Cup. Four years on, he will hope a move to Everton from Arsenal can reignite his England career and finally earn him an appearance in a World Cup finals match.