Des back on form

Three nights earlier BBC presenter Des Lynam was devastated after briefly being lost for words while live on air in Naples ahead of England playing Cameroon. But there hadn’t been too long to dwell upon his uncharacteristic blunder as England were facing West Germany in what was regarded as the side’s biggest match since 1966. 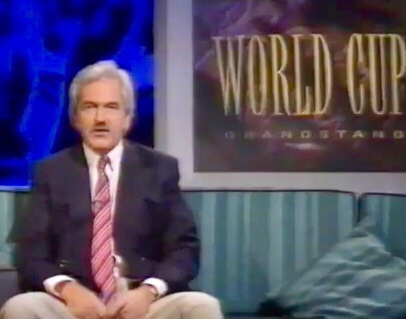 Des was back in his natural habitat of the London studio and returning to his smooth and confident best, as the BBC looked to once more beat ITV in the ratings war as both channels showed it live. “It’s estimated that more than half the country will be watching tonight’s semi-final against West Germany. What the other half are doing we’ll leave up to them,” Lynam said at the start of the broadcast, with a mixture of humour and slight bemusement that anybody could choose to do anything else but watch this.

He would see England shine without breaking the deadlock in the first half. “If you’re not having a good time then we want to know why,” he joked to viewers as the half-time whistle sounded. England had not convinced some doubters en route to the semi-final in Turin, but now they were putting on a fine display against the favourites.

England winger Chris Waddle had a night when he featured prominently but the ball seemed fated not to go in for him. During the first half he tried his luck from just inside the opposition half. Although BBC commentator John Motson pointed out it wouldn’t have mattered if Waddle had scored due to the whistle having sounded, it was still an audacious effort and goalkeeper Bodo Illgner needed to be at full stretch to tip the ball away. 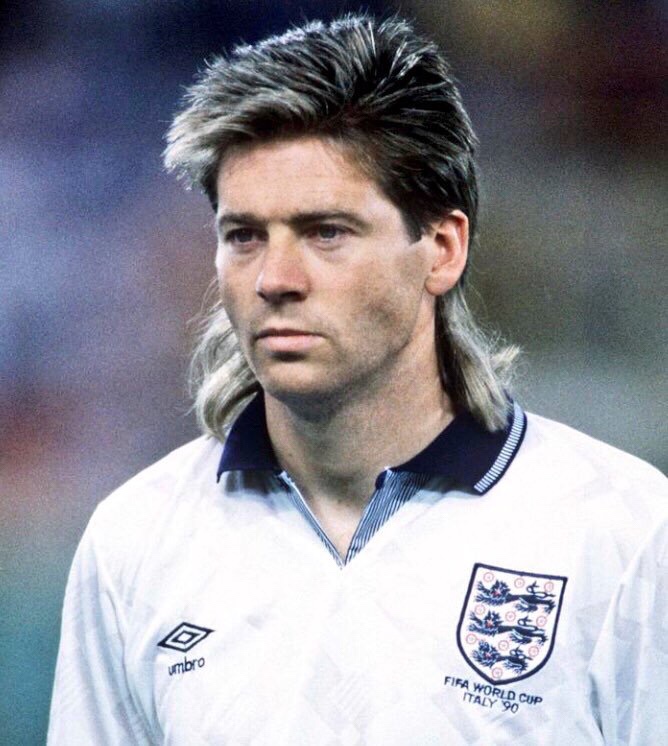 In extra-time Waddle would be presented with a more legitimate chance, when his powerful drive struck the inside of the post and rebounded out. How close that was to being a history-making moment. And before the night was out there was to be a third memorable – and painful – incident when Waddle took aim and failed to covert…

The opening period of the second half saw West Germany begin to gain the upper hand. On the hour they broke the deadlock. Andreas Brehme had been one of the standout players for the Germans in the tournament and his free-kick would strike Paul Parker and loop over Peter Shilton and into the goal, with the veteran goalkeeper caught off his line and unable to keep it out.

Whether it was bad luck or judgement on England’s part, they were now behind and needed to score to stay in the tournament. “You’re going to get people making comments but really they don’t know what they are talking about. As a goalkeeper you’ve really got no chance in that situation. It was just a fluke goal,” said Shilton 20 years later in the ITV documentary Gazza’s Tears – the Night That Changed Football.

England now had to find their way back into the game. In the closing minutes of the quarter-final against Cameroon they had been indebted to Gary Lineker for equalising from the penalty spot and he would again pull England level late on – this time from open play. Parker atoned for his part in the first goal by putting over the cross from which Lineker took advantage of a rare German defensive lapse to control the ball before neatly firing into the bottom corner of he net.

It was a moment of elation for England, as the fans in Turin and millions back home celebrated wildly. There would now be extra-time awaiting England for a third successive match. “Shades of the 1966 final and now, surely, it was England’s turn again,” wrote David Lacey in The Guardian, knowing full well how it would end.

Recent weeks had seen Paul Gascoigne increasingly grow in prominence beyond just the football fraternity. But now he was about to become known by virtually everyone in the country – and many millions more around the world. An unforgettable painful moment in extra-time came when he was shown a yellow card for a foul on Thomas Berthold, which he believed his opponent made the most of. Having been cautioned earlier in the tournament, Gazza would be suspended for the final should England get there. Reality bit and tears started to form in his eyes, as Lineker gestured to the England bench to “keep an eye on him”.

Gazza was devastated and Robson would provide some words of comfort to him ahead of the penalty-shoot-out. “You’ve got your whole life ahead of you. This is your first,” Robson told him in relation to the World Cup. But sadly it would be the last time Gascoigne would ever play in a World Cup finals match. Gazza had loved the Italia ’90 experience and the tears would properly flow once England were defeated.

A show of mutual respect

When England had gone out of the World Cup four years earlier in the ‘Hand of God’ game against Argentina there hadn’t been too much mutual respect on show between the sides, with Peter Reid recounting how tempers boiled over in the tunnel afterwards. But there was far more respect shown here between the English and the Germans. Robson and counterpart Franz Beckenbauer exchanged pleasantries before the spot-kicks were taken, even though both men would be desperately looking to bow out from their roles by winning the biggest prize of all.

We all know what happened, England losing out as Stuart Pearce had his penalty saved and then Waddle failed to hit the target. The dream was over but one image would stand out in the immediate aftermath. West Germany’s captain Lothar Matthaus went over to console Waddle rather than leap around in celebration. For all that certain English people like to make out the Germans are arrogant, Matthaus was behaving in a way that was anything but.

“And England sad, sad, sadly are out,” said ITV commentator Brian Moore as Waddle missed. Robson flicked his hand in a manner that suggested he was saying “so near”.

And England have never got so near to World Cup glory again – until now. Whatever happens on Wednesday night, there are memories to be made.

England Memories Six of the Best – Memories of England in the Italia ‘90 semi-final
%d bloggers like this: